The Computer Science Behind VR

Virtual reality has kind of come and gone over the last few decades, and it has only recently been practical. Now, video games and various computer programs are starting to use VR in cool and exciting ways. However, not a lot of people understand how VR really works. They may “get” the concept and enjoy the experience, but there is a lot of science wizardry going on behind the scenes that we want to take a closer look at.

Because you aren’t in 3-dimentional world when you put on a VR headset, the technology has to trick your brain into thinking that you are. There are a couple ways that it does that, the first of which is stereoscopic display. This is the combination of two separate images. These images come from different angles, and when put together they create an illusion that there is depth. Every scene is rendered with multiple angles to make it look like you are seeing something that is in the physical world instead of displayed on screen. A different angle is shown through each of the two screens on the VR glasses, and when your eyes try to combine the images, it puts them together as a set of 3-dimensional shapes.

VR also employs a technique known as parallax view. This is the method of moving far objects at a slower pace than near objects. By moving different objects at different speeds, the ones that are supposed to be farther away really do seem like they exist in a 3-dimensional world.

Keeping up with Your Eyes

Your eyes are great at figuring out when they are being tricked and at picking out inconsistencies. If the images the VR device is producing run too slowly (too few frames per second, to be more precise), then you will lose the illusion that you are in another world. Your eyes will notice the slow framerate and the virtual experience won’t really work. So, anything that is pumped through he VR device needs to be able to maintain a smooth framerate.

That means that there are going to be some graphical limitations for many games, and their engines must be powerful enough to handle numerous complex computations very quickly to keep up with what the VR device creates.

The latency also must be very low for VR to work. If there is a discrepancy between how quickly the screen shows something happen when you press a button or perform an action, then your experience will be hindered. There will always be a delay between action and reaction, but if it is only a few microseconds, then your eyes shouldn’t notice. The latency for most VR experiences aims to hit a sweet spot of about 3-4 microseconds.

If all this different technology that goes into creating VR don’t work like it should, there will be some serious repercussions for the player. More than just not being fully immersed in the world, or not being able to to see true 3-D images, they may start to experiment motion sickness or other health problems.

There are already warnings accompanying VR experiences that advise users to not operate the VR tech for more than an hour or so at a time. When you throw in problems with the latency, processing speed or images, then a lot of what could go wrong will go wrong. People will react to VR in different ways, and even if not everyone experiences motions sickness, if a large enough percentage does, then the technology will need to be tweaked.

That’s why it has taken so long to get VR to a workable stage. People have been trying to make VR happen for decades, but only now is the technology available to give people viable, affordable VR experiences that they can enjoy in their own homes. It’s all due to the magic at work behind the scenes. As you can see, there are factors at work that not everyone is going to understand or appreciate, but these are the things that make VR a consistently enjoyable experience. 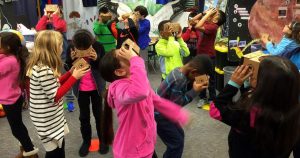