There have recently been substantial improvements to the power of virtual reality technology, which has successfully managed to push itself to the forefront of the minds of gamers, tech enthusiasts and businesses. Mixed reality, on the other hand, remains a vague term in the mind of the average Joe. In spite of the achievements of mixed and augmented reality projects such as Google Glass and Pokemon Go, many consumers are yet to tune into the benefits of these new platforms.

The Microsoft HoloLens is one mixed reality platform that goes somewhat underappreciated in the discussion. Powered by an app store that includes over 400 apps, many of which are free, this piece of kit must certainly be one of the most fully featured of all mixed reality hardware options. In this article, we’d like to introduce you to some of our favourite applications for the Microsoft Hololens, which demonstrate the potential of mixed reality in a range of scenarios.

Since the launch of the Microsoft Hololens, Robo Raid has been one of the best apps out for showing people what mixed reality can do.

A space shooting game on the surface, Robo Raid introduced players to the capabilities of mixed reality technology by demonstrating room scanning technology and superimposing game elements onto the user’s physical space.

Imagine virtual space robots bursting through your own living room walls and you’ll understand how this title combines the real world with the virtual to great effect. 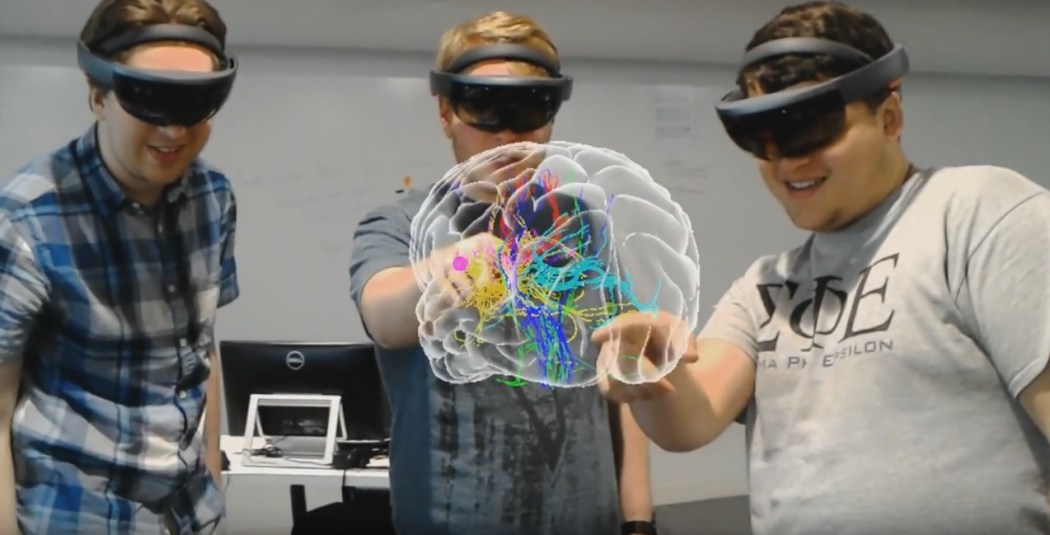 If there was ever any doubt in the power of mixed reality for use in education, HoloAnatomy is here to change all that. Allowing users to conjure up life size (or any size you like) anatomical models, Holo Anatomy also provides a virtual narrator to guide you through learning objectives as you explore the human body and it’s systems.

When once diagram may have made the point, medical students can get up-close and personal with the systems of the human body, no cadaver required. 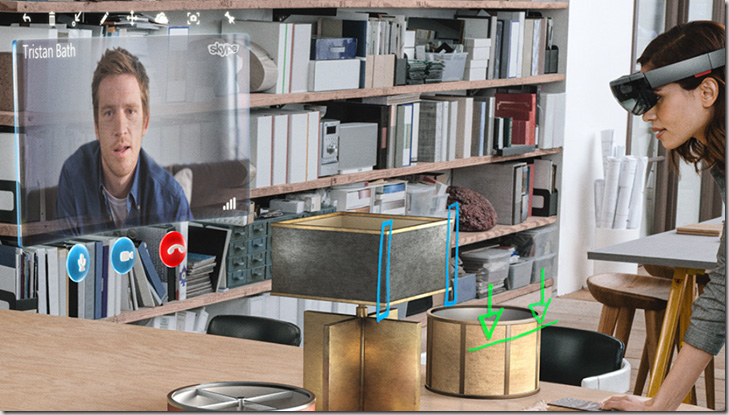 The development of the Skype app for Hololens indicates that Microsoft intends the platform to continue to be developed as a serious work tool and not become limited to games and experiences.

As well as the simple benefit of being able to place your Skype video call window anywhere within your field of view, Skype for HoloLens also allows the person on the other side of the call to see what you’re seeing and add to your mixed reality drawings whether they are using Skype for HoloLens or a regular computer. 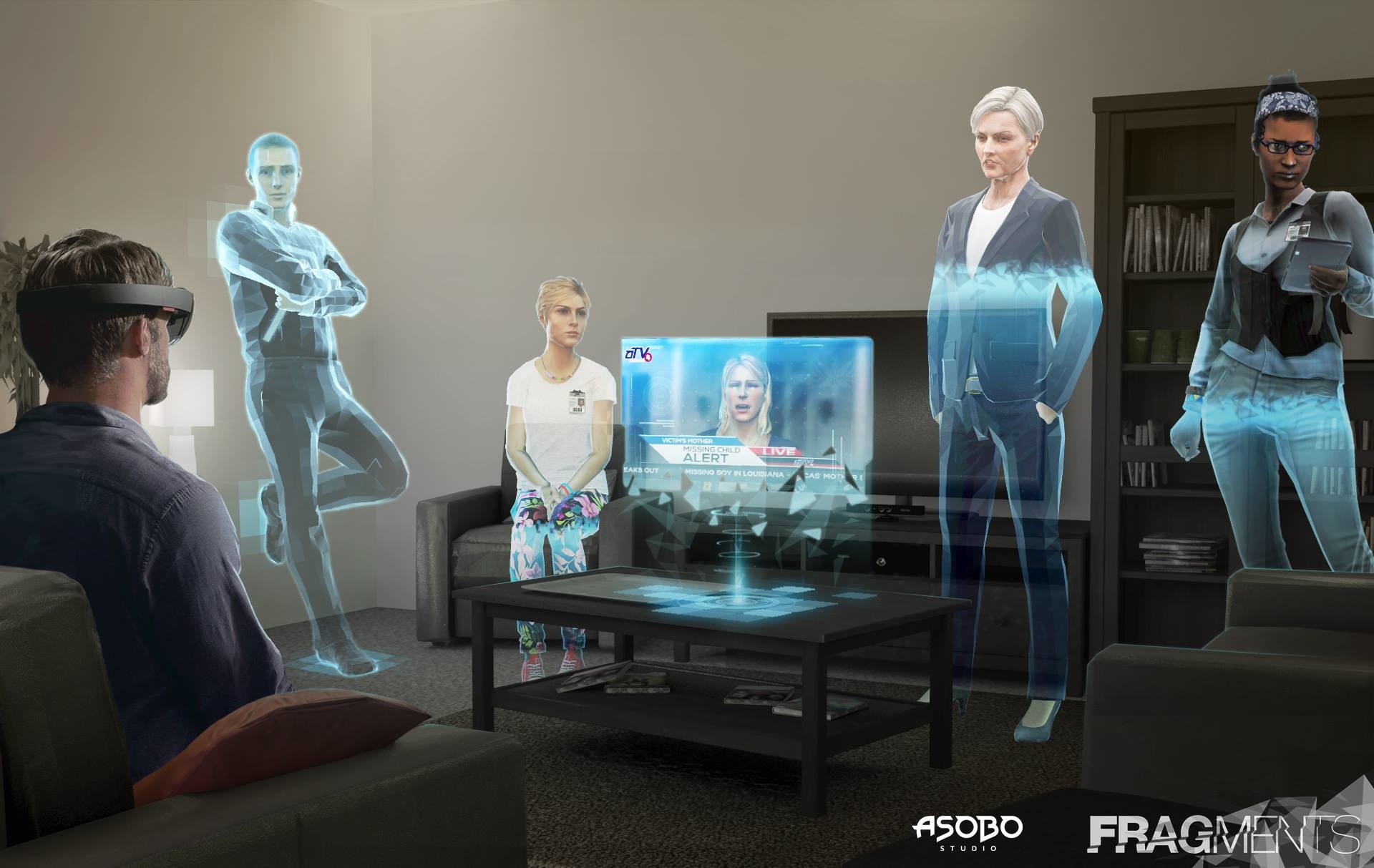 If you’re a fan of hit US crime show CSI, then you’ll love Fragments. This mixed reality game-slash-experience superimposes virtual characters into your physical space to create a story-driven detective game that takes place in your own home. Suspects are interviewed on your sofa and clues are hidden elsewhere in the living room.

Strong visuals combined with emotive storytelling create an immersive MR experience that some may have imagined was only possible with VR technology. 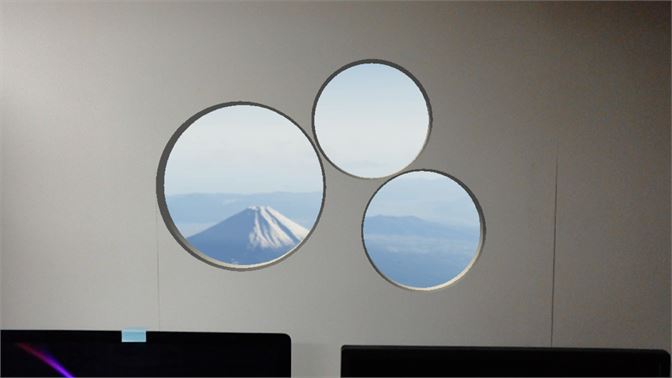 This new addition to our list shows the ambition of app developers to make the absolute most of the Hololens hardware. HoleLenz, created by developers in Japan, allows users to cast virtual “holes”, which are similar to windows or portals, into their physical environment.

Users can choose to float these portals in space, or add them to a wall, but in either case, breathtaking scenery from 8000 meters above Japan’s Mt. Fuji is visible through the portal.

You can then create more holes of various sizes and even step through the portal, transporting you to the other dimension…

White Cane has to be included in any rundown of the best apps for Microsoft Hololens because of it’s bold ambition to change lives through the power to mixed reality technology.

White Cane is an experimental app, created to share an idea of how blind people could be helped by using cameras and sensors to detect surfaces and objects around a user before employing sound to relay this information to users in a way they can make use of.

Different surfaces create different sounds and users are able to tell by sound if the way ahead is clear. Though White Cane is just a proof of concept at this point in time, it demonstrates the genuine challenges which people face that could one day be helped using mixed reality.

Hopefully this article has shown you that mixed reality is continuing to improve and become more useful with every passing day. With Microsoft announcing that Hololens 2 is already in development, there’s never been a better time to try MR by taking advantage of our Microsoft Hololens hire service. Of course, we’ll also have the Microsoft Hololens 2 available for hire when it’s eventually released to the public. 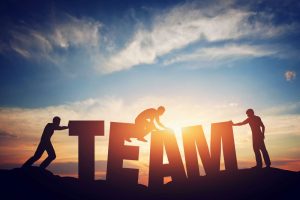 Facebook’s New Voice Assistant To Be Supported By Oculus